We can get caught up in writing the Queen’s English or The President’s Argot, but why not be comfortable in the language of your locale.

I was dragged up speaking Scots.  Some say it’s a dialect of English but it has now, rightly in my opinion, been recognised as a language in its own right.

The words and phrases of my youth have a resonance different from the formality of this standard English. Fash, egjit, numptie, scunner, and a whole language more.

Go back to the patois or creole of your  childhood.

This post was previously published on another blog of mine which is going dark.

This site uses Akismet to reduce spam. Learn how your comment data is processed. 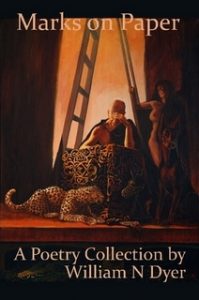 Go to your local Amazon site and search for "Marks on Paper" in kindle books.

A paperback version is available on Lulu.com

The Length of Prose Works.

These are only guidelines but seem to be widely accepted.

Too Soon To Be Classic, If Ever.